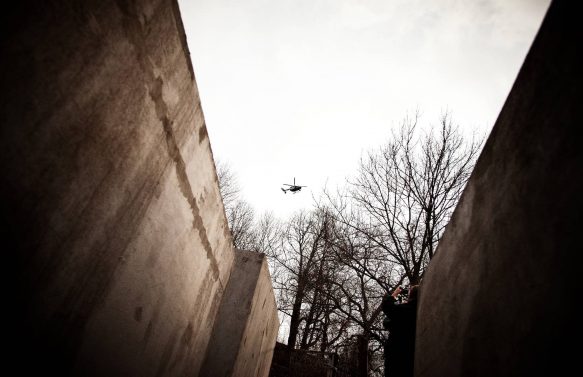 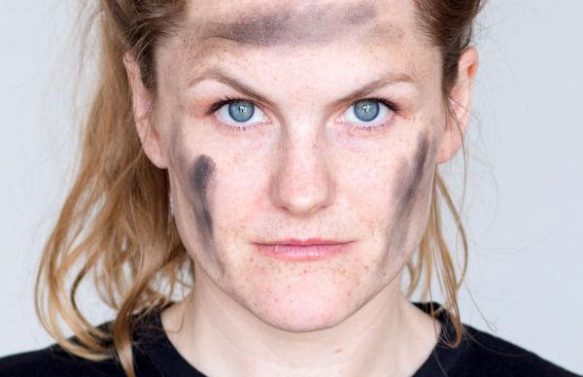 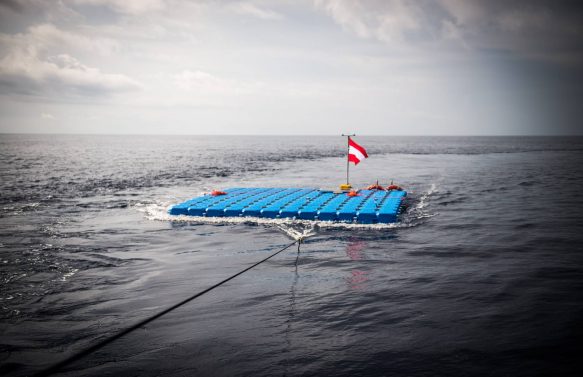 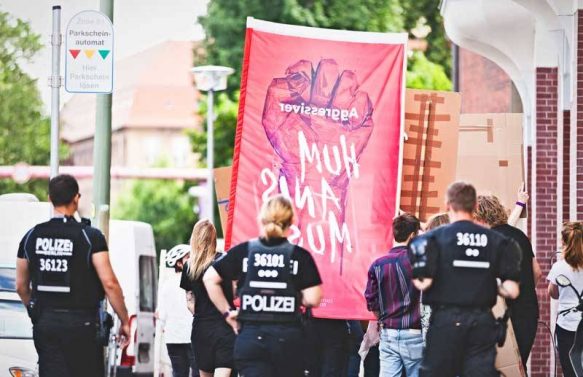 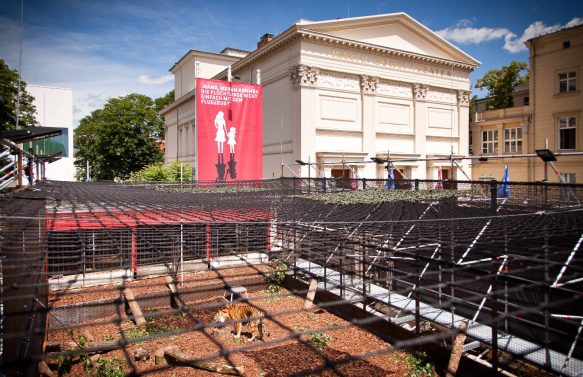 One day, just before Christmas in 2017. Snow falls softly on the roofs of an idyllic village in the middle of nowhere. The village is sleeping. Only three people are watching. Guards over a monumental masterpiece, devised by several criminal masterminds. At 6.00 clock early, it is finally time. The three pressing button of concrete pumps. The village is awakened from sleep. Even the man in the house next door sits bolt upright in bed: It’s AfD-right wing politician Björn Höcke. He feels his 500 year old rectory in Bornhagen shaking and shaking. When he storms the window, he does not trust his eyes: directly in front of his house is the extension of the monument to the murdered Jews of Europe. What no one suspects at this moment: Only four days later, an AFD-close prosecutor places the Center for Political Beauty on the same wanted list, which also includes the Al Qaeda and other organizations classified as terrorist. From now on, the state has the permission to ransack its laundry, spy on the artists, open their mail and to wire their homes.
It has long become life-threatening to show an attitude against the right, against nationalist slogans and against simple solutions, against hatred and violence. The artists at the Center for Political Beauty have been receiving death threats for years. But they continue.

What reads like a movie should become a documentary.

In doing so, we ask ourselves the question of how far may political resistance go? In order to investigate, we are going through their archives for the tenth anniversary of the Center for Political Beauty and at the same time watching them live during months of research, detailed planning and the resulting ingenious, radical art actions. We are experiencing how, in their struggle for unconditional humanism and against oblivion of history, they are resorting to cross-border means. We document the discourse that provokes these provocations as uncompromisingly as the internal discussions of the action artists.

The film The Uncompromising (AT) looks behind the scenes of the Center for Political Beauty. Who are the people behind it? The protagonists explain why they make art and do not call themselves activists. They tell of their travels, their drive, their sources of inspiration and the next big coups.

Like the center’s own art actions, this film, cheeky, poetically entertaining to painful, pulls people out of their own political comfort zone, through the uncomfortable break-up of socially accepted political hypocrisy, to throw them out of their office chairs and force them into political resistance ,

We want to launch the film in the coming year, to celebrate the anniversary of the center, with a large-scale theatrical release, put a finger in the wounds of German sensitivities and help keep the social discussion alive.

It should not become a sober-viewing classic observation but a clearly positioned and shaking film, a call to action and resistance to right-wing national tendencies.